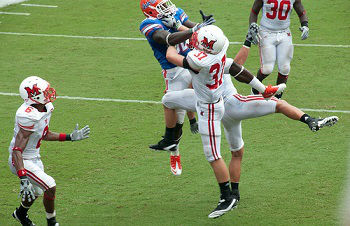 Preview: Miami OH took their lumps last season going 2-10 overall, but the RedHawks were at least competitive in most of their contests. The RedHawks even fell to FCS Eastern Kentucky and losing to a lower division school is always a black eye for a program. Last season was the first year for head coach Chuck Martin who’s previously had success coaching for D-II Grand Valley State and Notre Dame. Miami hopes to show progress in year two under Martin, but with only 4 returning starters on offense that’ll be much easier said than done.

Notre Dame transfer QB Andrew Hendrix has moved on from the program after starting one season for the RedHawks and earning all-conference honors. The next man up will either be veteran Drew Kummer or the young and athletic Gus Ragland. These guys could end up taking the starting QB battle into the season. Whoever earns the starting job will work behind a rebuilding O-line that returns just 2 starters. There also isn’t much in the way of returning experience at RB and the job will be up for grabs amongst a number of suitors. The WR position looks steady with guys like Murphy, Martin, and McRae in the mix.

Miami OH showed flashes of solid play on the defensive side of the ball in 2014 and this unit hopes to be a strength of the team with 8 returning starters. The RedHawks will certainly miss CB Rollins who was the conference Defensive POY, but this unit returns enough talent to keep building in a positive direction. The D-line returns all 4 starters to a unit that should be stout. The line will be led by Albright and Jones. The LB position returns 2 starters with veterans Donlan and Kern. The secondary also has the bodies to produce as the unit will work around guys like Harding, Burris, and Taylor.

Prediction: Believe it or not Miami Ohio actually showed signs of progress last season despite winning just 2 games. Miami had been on a 21 game losing streak prior to Chuck Martin taking over as head coach. This program is headed in the right direction, but with so much turnover on the offensive side of the ball it could be tough to even produce the 2 wins the RedHawks had a season ago. At least the season is likely to open with a win at home against Presbyterian.