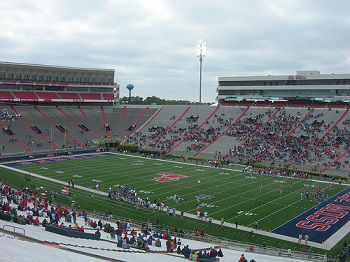 Preview: Ole Miss has improved every season under head coach Hugh Freeze and the team looks ready to potentially make another step forward after going 9-4 last season. Ole Miss ran out of steam a bit towards the end of 2014 as the Rebels went 2-4 in their last 6 games including an embarrassing 3-42 bowl game loss against TCU. Freeze has done a tremendous job of turning around Ole Miss and it’s even more impressive doing what he’ done in the toughest division in college football. Ole Miss is ready to have another successful 2015 as they build around 16 returning starters.

Hugh Freeze was brought in because of his offensive coaching ability, but the team has actually been more dominant on the defensive end. Last season Ole Miss ranked just 67th in the nation in scoring offense, but to be fair they were going against many of the top defenses in the country in the SEC West. Ole Miss looks like they have their next QB in waiting with top JUCO transfer Chad Kelly who was a former Clemson recruit. The O-line should continue to progress with all 5 starters back. The Rebels have one of the best receiving corps in the nation and this unit is led by Laquon Treadwell who’s returning from injury. RB hasn’t been a productive position for Ole Miss and with a number of new faces competing for time there’s still question marks surrounding the effectiveness of this group.

The defense was dominant through practically the entire 2014 campaign, minus the Rebels blowout bowl game loss against TCU. Ole Miss was also very effective at putting points on the board from the defensive side of the ball, which took pressure off of the offense. The D-line should be better against the run this season as the unit brings in the big JUCO transfer D.J. Jones. The D-line is led by Robert Nkemdiche who’s a future first round draft pick in the making. The LB position has some depth with C.J. Johnson likely getting a bulk of the snaps. The secondary is loaded with talent as this squad deploys 5 starters in their 4-2-5 scheme. The unit is headlined by guys like Bridges, Hilton, Shepard, Elston, and Hampton.

Prediction: This might be Ole Miss’ last chance to do big things before some of their very talented players from the 2013 recruiting class move on to the NFL. The questions clearly come at the QB position where the team will try to get the right guy under center starting week one. Ole Miss will be stout on the defensive side of the ball up front and the secondary should be a strength with playmakers throughout the unit. It’s a brutal schedule for the Rebels, just like it is for every SEC West team, but this squad will be in the mix atop the conference.