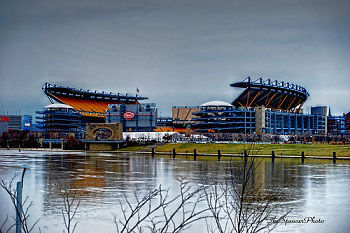 Preview: The Pitt Panthers were able to manage their way to bowl eligibility last season going 6-6 overall during the regular season followed by a 34-35 bowl loss to Houston coming in dramatic fashion. The Panthers really struggled through the middle portion of their schedule going just 1-6 overall from week 4 through mid-November. The Panthers were able to close on back to back wins over Syracuse and Miami to reach bowl eligibility. Pitt’s head coach moved on to take the Wisconsin job and the Panthers replaced him with Pat Narduzzi who did tremendous things as the DC at Michigan State in his previous job.

The offense has the potential to take a big step forward this season as they return 9 starters, including the top performers from 2014. Under center Pitt will continue to look to QB Chad Voytik to build off of his successful second half to last season. Voytik is a threat both through the air and on the ground and he’ll now be working under new OC Jim Chaney who did good things with Arkansas’ offense last season. Pittsburgh isn’t lacking for big time playmakers as they bring back Tyler Boyd who was the main feature of the pass game last season. The Panthers also bring back ACC POY in RB James Conner who rushed for an amazing 1,765 yards including 26 TDs in 2014.

The defense will look to be more opportunistic in 2014 under the coaching of DC Josh Conklin and head coach Narduzzi. That is easier said than done however as the defense doesn’t bring back the type of headliner names that the offense does. Pitt has to replace their top two performers from 2014 to a unit that returns 6 starters. The defensive line returns 2 starters and the unit will look to build around DE Rori Blair who’ll be called upon to be disruptive in the backfield. The LB position is in rebuild mode with 1 returning starter back and this unit will work around veteran Matt Galambos. The secondary is in better shape with 3 returning starters to a unit that will build around 4 year starter Lafayette Pitts.

Prediction: Pitt made a great hire by bringing in Pat Narduzzi. The former Michigan State DC did a lot with not the highest level recruits and he’ll look to continue that trend in the Pitt program. The Panthers have had a revolving door at the head coaching position and the team is hoping to get stability with Narduzzi. Pittsburgh is young, but they return 15 starters to a team that has the potential to take a step forward in 2015. If Conner and Boyd continue to be game changers look out for the Panthers in the ACC Coastal.