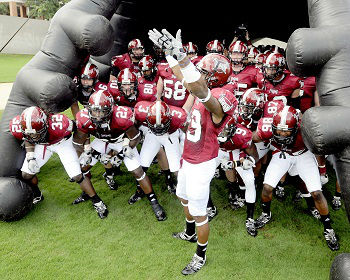 Preview: The Troy Trojans were tough to watch for a good portion of the season on the defensive side of the ball and this unit needs to get more consistent if Troy is going to get back on track in 2015. Last season Troy went just 3-9 overall, but the team improved down the stretch picking up late season wins against Georgia State and Idaho. The Trojans will be without head coach Larry Blakeney for the first time since the 90s as the program has been handed over to Neal Brown. The Trojans are hoping that Brown can revitalize a program that has had success in their recent past.

The offense will remain a fast paced attack under Brown who was once the OC for Troy back before moving on to the same role at Texas Tech and Kentucky. Brown will have 7 returning starters to work with on this side of the ball, but this unit was wildly inconsistent and finished near the bottom of the conference in total offense. The QB job looks locked down by Brandon Silvers who was one of the more efficient throwers in the nation last season, but the offense lacked big plays in the pass game. The O-line returns just 2 starters and this unit will have to be in great shape to run this offense. The running backs are deep with guys like Burks and Chunn looking to have more of an impact. The WR corps should be more productive under Brown and this unit is led by Holmes, Ruben, and Edenfield.

The defense also ranked near the bottom of the conference in key statistical categories and this unit will be looking to revamp itself under new DC Vic Koenning who use to hold the same position for the school about a decade ago. Koenning will look to implement a 4-2-5 scheme that’s aimed to get pressure off of the edge. The D-line should improve with 3 returning starters that look to build around Arkansas transfer Lonnie Gosha. The line backing corps is in rebuild mode with all starters needing to be replaced and this group will bring in some JUCO transfers to fill the void. The secondary was the strength of the defense a season ago and this unit will add some new faces that should add depth to a solid group.

Prediction: This program was one of the top performers in the conference just a half decade ago and the roots remain, but the rebuild could take some time. Brown and his new coaching staff will bring in some similarities to the last regime, but there will still be plenty of learning for the returning players. A brutally tough nonconference schedule likely makes things too difficult for the Trojans to get back to a bowl game in 2015.