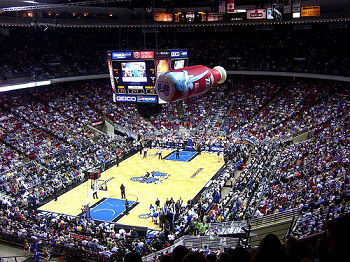 In a matchup of two teams both looking to snap three game losing streaks the Milwaukee Bucks go on the road to take on the Orlando Magic.

The Magic are coming of a blowout loss at the hands of the New Orleans Pelicans and have dropped seven of their last eight games overall as they struggle through a season that is not exactly going as planned. Orlando is also going to be without the services of Jodie Meeks who is going to be sidelined for up to six weeks after dislocating his thumb.

The Milwaukee Bucks continue to hover around the .500 mark and while that should be good enough to get them into the playoffs it is not all that was hoped for from this young and very talented young team. The Bucks have not shown the development on the defensive end that they are going to need in order to take the next step towards becoming legitimate contenders. That being said the Greek Freak is playing fantastic ball and certainly deserves to be an All-Star starter this season.

Take the Bucks to get the win and cover in this one as they are the better overall team by a significant margin and should be looking for a bounce back win after their recent struggles.