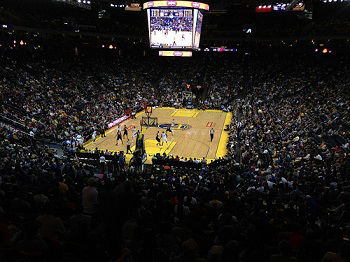 The Memphis Grizzlies, coming off back to back losses at the Staples Center, go on the road tonight to take on the Golden State Warriors who are coming off a fairly competitive win over the shorthanded Trail Blazers.

The Warriors are winning game after game this season and at 31-5 overall definitely look like they are capable of earning the top seat in the Western Conference and the scary thing is they really do not seem to have scratched the surface of how good this team can be. The Warriors need to play better defensively as that is really their only flaw given their incredible ball movement and elite rebounding numbers.

The Grizzlies come into this game in desperate need of a bounce back performance as losing to the Clippers when Blake Griffin is out and Chris Paul is hobbled is not something to be proud of and certainly coming up short against the cellar dwelling Lakers is a downright bad sign. The Grizzlies can hang their hats on the fact that they beat the Warriors earlier this season but are going to have to play a lot better if they want to go into Oracle Arena and get a win.

Take the Grizzlies and the points in this one as I see them as definitely capable fo making this game competitive even if there is little chance of them scoring another upset of the Western Conference Champs.