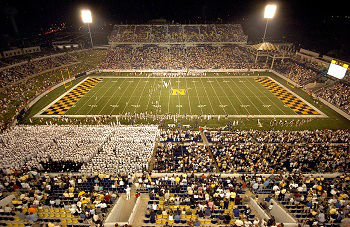 The Navy Midshipmen have had themselves a strong season despite losing their starting QB very early on in the year. Navy impressed in conference going 7-1 in the AAC, but the Midshipmen came up well short in the conference title game losing to Temple by a final of 10-34. This was a big step back for the Navy offense after having put up 66 and 75 points in their two prior outings. The Midshipmen dominated on the ground this season ranking 3rd in the nation in rushing average and 18th in scoring. QB Will Worth was impressive throwing and rushing for over 100 yards while being responsible for 33 TDs, but he'll be out for this one. In some of their other rivalry games this season Navy was able to beat Notre Dame, but the Midshipmen came up short on the road against Air Force.

The Army Black Knights were a tough team to figure out this season given their inconsistencies against the spread as this group typically played better in some of their tougher FBS matchups. In their last outing against an FBS opponent the Black Knights were outclassed however losing to Notre Dame by a final of 6-44. In their last contest Army was able to fly past an overmatched Morgan State group picking up the win by a final of 60-3. Army was able to reach bowl eligibility this season with some of their better wins coming against Temple and Wake Forest on the road. Army leaned more on their defense which ranked 14th in the nation in points allowed.

Navy went against a tougher schedule than Army this season and found a lot more success on their way to winning their division in the American. Navy was just a lot more consistent throughout the regular season and we like the Midshipmen to bounce back this week as they go on to win and cover this manageable spread even in the absence of Smith and Worth under center.