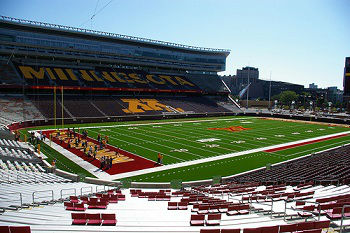 Minnesota flew under the radar this season coasting along facing one of the easier schedules anyone in the Power 5 had to go against. Minnesota avoided matchups against Michigan and Ohio State in the Big Ten while also playing against a very manageable nonconference slate. Minnesota stands 8-4 overall with no great wins of note with some of their better wins coming against teams like Northwestern and Colorado State. In their last outing Minnesota came up short against rival Wisconsin on the road losing to the Badgers by a final of 17-31. Veteran QB Mitch Leidner didn’t have the kind of year everyone was expecting as he’s thrown for just 2,040 yards and 7 TDs to 12 INTs.

The Washington State Cougars got off to a slow start this season, but the Cougars came alive in conference as they went on to win 8 straight before finishing the regular season on a two game losing streak. Washington State stands 8-4 overall as well and this group is coming into the postseason losing two straight against conference divisional champs Colorado and Washington. When looking back at Washington State’s 8 game winning streak there aren’t many great wins outside of their blowout win on the road against Stanford. The Cougars leaned on their offense as this group ranks 2nd in the nation in passing and 16th in scoring. Luke Falk turned in another strong campaign throwing for 4,204 yards and 37 TDs to 10 INTs.

In terms of the style these squads like to play on the offensive side of the ball there almost completely different in how they value passing the ball. Minnesota hasn’t gone against the toughest schedule by any means this season and this is going to be one of the tougher matchups the Gophers have faced. We think the Minnesota secondary can do enough work in this contest as the Gophers keep things competitive on their way to covering the spread.