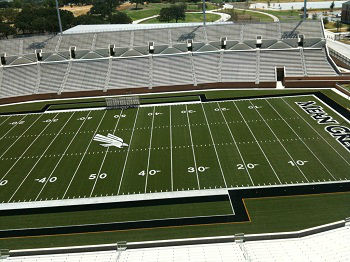 The Army Black Knights were finally able to get over the hump against rival Navy as Army ended a 14 year losing streak against the Midshipmen beating Navy by a final of 21-17. This was huge for the Army football program and really gives this group some positive momentum heading into bowl preparation. Army was a bit inconsistent this season, but they often came up best when they were overlooked on their way to standing 7-5 overall. The Black Knights have been dominating action with their triple option attack ranking 2nd in the nation in rushing average, while their defense has also been great ranking 13th in the nation in points allowed. To be fair some of the numbers for Army are a bit inflated given the weaker schedule they’ve gone against.

North Texas has to be grateful for reaching a bowl game after losing 4 of their last 5 games to stand 5-7 overall coming into postseason action. North Texas was one of the worst teams in the nation a year ago and not much was expected out of the Mean Green this season, but this program was able to get things back headed in the right direction while reaching a bowl game. In their regular season finale North Texas looked awful on the road against UTEP losing to the Miners by a final of 24-52. Earlier in the year North Texas picked up an impressive true road win against Army beating the Black Knights by a final of 35-18. The Mean Green haven’t been all that great on either side of the ball ranking around 90th in the nation in scoring average and total defense.

It’ll be interesting to see how this rematch goes after Army played in one of their lesser outings of the year in their first defeat against North Texas this season. Army is heading in a positive direction right now, while UNT really fell off towards the end of the year. We’ll side with Army’s momentum as they go on to cover this spread and get some revenge against the Mean Green.