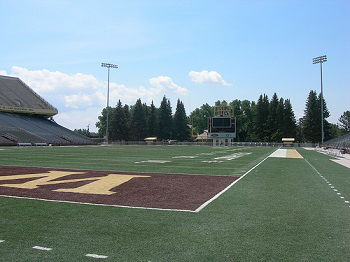 The San Diego State Aztecs are not heading into the conference title game on a good note coming off back to back losses in their last two outings against Wyoming and Colorado State. In their last outing SDSU looked awful against the Colorado State Rams losing by a final of 31-63. After having the clear cut best defense in the MWC this season the Aztecs have fallen apart giving up a combined 97 points over their past two outings. SDSU was head and shoulders above their competition in the West division this season standing 9-3 overall and 6-2 in conference with their two losses coming against Mountain division opponents. The offense has gone through star back Donnel Pumphrey who’s rushed for an impressive 1,908 yards and 15 TDs this season.

It’s been a lot of fun seeing this Wyoming football program get back to relevancy this season competing right at the top of the more competitive Mountain division throughout the entire regular season. Wyoming got hot to open conference play, but the Cowboys have fallen in two of their last three games to stand 8-4 overall and 6-2 in conference. Wyoming has picked up recent defeats on the road against UNLV and New Mexico sandwiched around a nie 34-33 win against San Diego State at home. Wyoming has beaten the best the MWC has to offer with wins coming against Boise State and SDSU. This Wyoming group showed better at home than on the road and QB Josh Allen emerged as a budding star passing for 2,748 yards and 23 TDs this season.

San Diego State hasn't looked nearly as dominant, especially on the defensive end over the past couple weeks and it'll be interesting to see how this carries over into the MWC title game. Wyoming picked up a recent win against SDSU, but the Cowboys did get the home field advantage in that matchup. San Diego State will have a good shot at exacting some revenge, but we like Wyoming getting the points as the better bet.