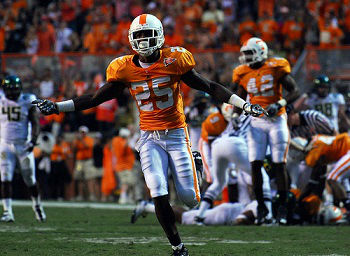 West Virginia is clearly dangerous and loaded with talent and experience on the offensive side of the ball, but to seriously contend in the Big 12 the Mountaineers have to take a step forward in 2018 on defense. West Virginia has one of the top signal callers in the nation with QB Will Grier and he has a lot of strong weapons at the skill positions, as well as working behind a solid O-line. West Virginia gets a talent boost defensively bringing in some high level transfers, but this group needs to prove themselves having significant issues in 2017.

Things didn’t work out for Butch Jones at Tennessee and the Vols decided to make a move bringing in new head coach Jeremy Pruitt. Tennessee will go into the neutral site trying to start things on a positive note and the Vols aren’t completely bare of talent as they transition under a new head coach. The Vols bring in transfers on offense with QB Keller Chryst and RB Madre London to give this unit a boost. Pruitt’s history of success on defense should make a positive impact on a defense that has some nice pieces to work around, even though they could use some more depth.

West Virginia is getting a lot of respect here on the neutral site against an SEC opponent and it’ll be interesting to see how the Mountaineers live up to their preseason hype. We feel Pruitt makes enough of a difference defensively as the Vols keep things competitive and cover the spread.