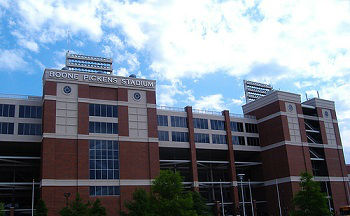 Boise State has looked unstoppable on offense coming out of the gate with impressive 56-20 and 62-7 wins coming against Troy and UConn respectively. Boise State has the experience and talent to not only win the MWC, but also potentially get into a New Years bowl game depending on how they fare ni this higher tier matchup. Boise State showed well on the road against a respectable opponent in their win over Tory. QB Prett Rypien has been strong out of the gate throwing for 667 yards and 7 TDs to 0 INTs.

Oklahoma State has had a very manageable schedule through the first two weeks of action getting past Missouri State and South Alabama at home in blowout fashion. Oklahoma State is replacing some standout pieces from last year’s squad and that’s why they don’t come into 2018 with quite the same level of hype. The Cowboys should still be a serious factor in the Big 12 though, especially with how things look pretty wide open behind Oklahoma. QB Taylor Cornelius has thrown for 728 yards and 6 TDs to 3 INTs.

Boise State has historically played very competitive games in these tough non-conference matchups and these contests are extremely important for the Broncos in terms of their ranking. We like Boise State to give Oklahoma State everything they can handle as the Broncos go on to cover the spread.