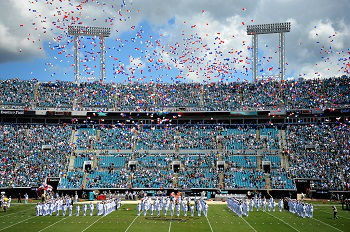 The Minnesota Vikings, coming off a second consecutive tough loss, go on the road to take on the Jacksonville Jaguars who are fresh off their seventh straight loss and have to be struggling to find positives as the season winds down.

The Jaguars are keeping things relatively competitive but simply are not finding their way into the win column as their season continues to wind down. Jacksonville seems like a team that even when healthy is still a couple seasons away from being competitive as far as making the playoffs is concerned. Blake Bortles seems like a decent QB but it is really difficult to see how good he can actually be given the talent around him.

The Vikings come into this game pretty much needing to win out if they are going to have a shot at the playoffs. The Vikings are one of the best defensive teams in the league this season but the fact that they have absolutely zero offense is causing them to be on what amounts to a free fall after a very encouraging start to their season.

Take the Vikings to get the win and cover in this one as they are the better team by a significant margin, especially on defense and could end up with a shut out performance.