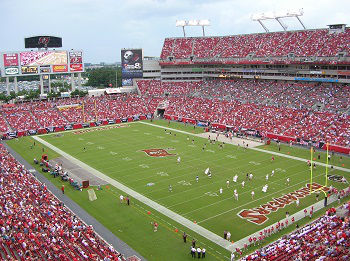 The New Orleans Saints, coming off a rather crushing defeat at the hands of the Detroit Lions, go on the road this week to take on the Tampa Bay Buccaneers who are fresh off a win over the San Diego Charger.

The Saints currently find themselves at 5-7 on the season and once again are staring down a year without a playoff berth. The story is pretty much the same this season as in most season past in New Orleans as their offense was given the almost impossible task of carrying one of the leagues weakest defenses. Over this offseason the Saints need to make upgrading the defense their number one priority as Brees is more than capable of making average skill players boarder on elite.

The Buccaneers currently find themselves tied with the Falcons atop the NFC South and with their fourth consecutive win under their belts there is certainly a solid chance they could end up in the playoffs. The Bucs have improved significantly on defense since the season started and that is really what has led to their success here in the later parts of the season.

Take the Bucs in this one as they have home field advantage and all the momentum heading into what for them is a very important game.