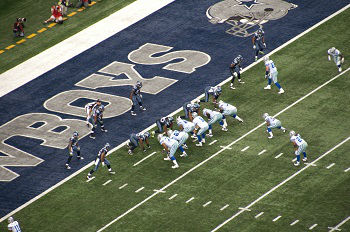 The Dallas Cowboys, coming off a very weak showing against the NY Giants, play host to the Tampa Buccaneers who are coming off a narrow win over the Saints last week.

The Cowboys have been one of the best teams in the league this season on both sides of the ball as their offense finds ways to score points even when the passing game is not doing all that great and their defense has been top five in the league pretty much the entire season. Dallas running game had a solid showing against the Giants but Prescott did nothing positive at all as he only completed 17-37 passes for 165 yards, a TD, and two INTs.

The Buccaneers have continued to meet with success over their current five game winning streak thanks to their defense really stepping up and allowing a miniscule 12.8 points per game over that span. The Tampa Bay offense is coming up against a pretty stern test but shouldn’t have to do all that much to keep themselves in this game.

Take the Buccaneers and the points in this one as Dallas is hitting a significant rough patch right now and even if the home team comes away with a win I like Tampa Bay’s chances of making this a competitive game.