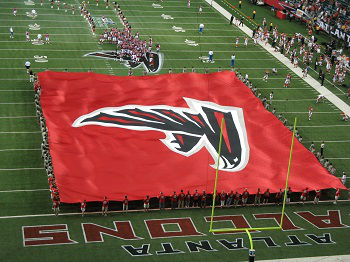 The Green Bay Packers, coming off the most entertaining win of the postseason so far, go on the road this week to take on the Atlanta Falcons who are fresh off a very easy looking win over the Seattle Seahawks.

The Falcons looked great last week against the Seahawks and now find themselves only a single game short of playing in the Super Bowl. Matty Ice and company have been playing at an extremely high level all season long and did not slow down at all going up against the Seahawks vaunted secondary. Atlanta has shown huge improvement on the defensive side of the ball as of late but are going to need their secondary to have the game of their lives to slow down Aaron Rodgers and company.

The Green Bay Packers come into this game playing some insanely solid ball and with how things have been going lately or Rodgers it is hard to see anyone slowing down this offense. The Packers defense had a kind of tough day against Dallas and with all the injury issues they have had in the secondary things are going to be tough going against the Falcons.

Take the Packers and the points in this one as I see Rodgers and company finding a way to keep this thing close even if the Green Bay defense struggles against Matt Ryan.