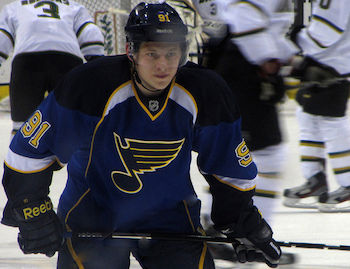 Jake Allen is expected to get the call here. He has been average this season with a 14-6-3 record and 2.52 GAA. He last played on Tuesday and put together a 0.848 save percentage. In 4 prior appearances against the New Jersey Devils, he has been great with a 4-0-0 record and 0.96 SV%

Cory Schneider will try to be a brick wall in net for the New Jersey Devils. Cory Schneider has been mediocre during the season with a 9-8-4 record and 0.907 save percentage. In Schneider's latest appearance, he faced 31 shots and allowed 5 goals. He has posted a 0.899 save percentage when playing on the road.

We are leaning towards a low scoring affair. The under will certain pepper the opposition with shots in this one.