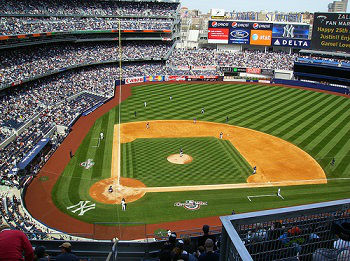 The New York Yankees are coming into a season of swiftly approaching change where the expectations are high. This is to be the last season for Derek Jeter and with his departure really the entirety of the old New York Yankee dynasty teams will be out of the picture as the young new pieces try to carry on the legacy. The Yankees went on another of their famous free agent spending binges spewing out over $500 million on players following an injury plagued season which saw them miss the post season for the second time in 19 years.

The Yankee infield will be without the dubious services of Alex Rodriguez this season as he serves his suspension for violation of MLB's anti drug policy. Derek Jeter is playing his farewell season and is definitely looking to go out with a bang but the biggest issue he will face this season is the question of whether or not he is capable of remaining healthy for the majority of the season. Mark Teixeira will also be looking to turn in a healthy and productive season once again and seems to be on the right track this spring and is reporting no issues with his surgically repaired wrist. Kelly Johnson and Brian Roberts figure to fill out the other infield positions.

The New York Yankees have a very solid outfield as two of their big free agent acquisitions were to upgrade that area of the team. Adding Jacoby Ellsbury was perhaps the biggest addition the Yankees made in  the off season and having his dynamic play style at or near the top of the order should really kick start the offense. Having Carlos Beltran's bat in the lineup and a full season of Alfonso Soriano should definitely help this team. Brett Gardner has been a steady contributor and really fits the Yankee mold.

Another huge free agent signing for New York was the addition of Brian McCann. He is coming off back to back tough seasons with Atlanta but is finally fully healthy and should be in line to have a season of production similar to what he had early in his career.

The Yankees made a big splash this off season in the pitching market as they landed Masahiro Tanaka, far and away the hottest foreign pitching prospect this season. C.C. Sabathia and Hiroki Kuroda look to be the anchors of this rotation with Sabathia looking slimed down and in much improved shape. He needs to have a bounce back season this year as he was legitimately one of the worst starters in the game last season. Kuroda had an amazing year and if he can pitch like that this season also the New York rotation could be a real strength.

The bullpen is an area where the Yankees could easily have some problems this season. David Robertson is expected to be the closer and though he has been one of the best setup men in the game for the last few seasons, replacing Mariano Rivera is going to put him under an incredible amount of pressure and it's going to be interesting to see how he deals with it. The only other relievers who have definite spots in the pen are Kelley and Thornton and with so many question marks the bullpen could be the biggest weakness on the team in situations where no one named Robertson, Kelley, or Thorton is on the mound.

The New York Yankees spent a massive amount of money this offseason and it looks like all of it has the probability of paying off. However they are counting on some unproven pitchers and heavily depending on the idea of Jeter and Teixeira coming back healthy and productive for a full season. Jeter, in my mind, is a long shot to stay healthy and any injury to the rotation could be a really big deal.