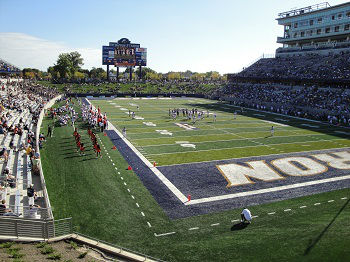 Preview: The Akron Zips are coming off of a disappointing 2014 season where they went just 5-7 overall and missed out on a chance to go to a bowl game. Akron closed the season poorly as they went 1-5 overall in their last 6 games against MAC opponents after starting the season out 4-2. Akron looks like they could show improvement in Terry Bowden’s fourth season with an experienced QB returning along with the addition of some key transfers.

The QB position is senior Kyle Pohl’s unless he continues to struggle with inconsistent play. Pohl has started for two seasons, but the team hasn’t posted a winning record yet under their veteran QB. Pitt transfer QB Tra’Von Chapman could be an option. Akron losses their 4 year starting RB Chisholm, but new guys Alexander and Hundley could prove to be an improvement as they each bring something different into a 1-2 punch in the backfield. Akron’s receiving corps has underperformed in recent years and some new faces will be looked upon to improve this unit with their top 2 guys gone from last season. Akron has 3 starters back on the O-line and for a MAC team the Zips have some quality depth in the trenches on offense.

Akron should boast one of the better defenses again in the conference this season with 6 returning starters along with key reserves and transfers coming into soak up minutes. The Zips return All-MAC performers with LB Brown and nose guard Grice. The D-line also gets a boost from Ohio State transfer Se’Von Pittman who’s an elite talent for a MAC school. The line backing corps is looking for answers with the 2nd and 3rd leading tacklers from a season ago moving on. The corner position looks solid with Miami transfer Hope and returner Scott looking to play big roles, with safety being a work in progress with potential from a guy like sophomore Jerome Lane.

Prediction: If Akron can get some improvement on the offensive side of the ball this season the Zips have a chance to compete for the MAC East. Look for Akron to be a cut above on the defensive end and with the addition of many key transfers anything short of a bowl game would be a disappointment for this team.