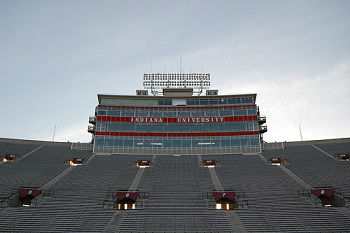 Preview: Indiana has gotten better during their 4 years under head coach Kevin Wilson, but for Wilson to stick around he needs to get this program to a bowl game sooner rather than later. Indiana went just 4-8 overall in 2014 which wasn’t ideal after going 5-7 in the year prior. With being in the tougher Big Ten East it’s going to be difficult for this program to reach a bowl game in 2014.

The offense transition from a pass heavy attack in Wilson’s first 3 season to a run focused attack in 2014 behind their strength RB Tevin Coleman. With Coleman headed off to the NFL the team will likely transition more to a pass heavy attack in the coming season. QB Nate Sudfeld went down with an injury last season, but with him back and healthy for his senior year expect the pass game to get back on track. Indiana has shown progress along the O-line and this unit should be steady in 2015 with Spriggs and Feeney leading the way. The WR position adds some height with transfers Hawkins and Patrick coming on board. The run game also gets a boost from UAB transfer Howard who ran for over 1,500 yards during his time on the Blazers.

Even though it’s hard to believe, Indiana actually improved rather significantly on defense last season despite still giving up nearly 33 points per game. Moving over to the 3-4 defense last season was a success as the scheme better fit the roster. The front this year will be led by Hoff, Lathum, and Mangieri. The LB position has quality depth with a number of guys still battle it out for playing time. The LB unit is led by the highly talented Tegray Scales. The secondary was below average last season and the unit has to replace a number of former starters.

Prediction: This is another important season for Wilson as he looks to lead his program to a bowl game. Indiana doesn’t have an overbearing fan base so unless the Hoosiers fall off the map this season expect Wilson to continue to be the head man with 3 years still left on his contract. If Sudfeld can remain healthy and live up to his billing this team has an outside shot at 6 wins if they take care of business out of conference.