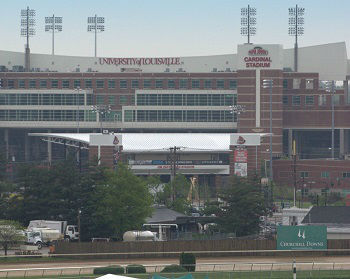 Preview: The Cardinals have had tremendous success under head coach Bobby Petrino going 50-13 during his 5 years as the head man. Louisville was solid in their first season in the ACC going 9-4 overall and 5-3 in conference play. Louisville fell in their bowl game to Georgia by a final of 14-37 and this wasn’t the best way to head into the offseason. The Cardinals will really test themselves this season with nonconference games coming against teams like Houston, Auburn, and Kentucky. With only 9 starters back it’s going to be tough for this squad to improve in their second straight year under Petrino.

There is still uncertainty surrounding the starting QB position, but at least Petrino has all of his guys back that saw time on the field under center in 2014. The battle for the starting QB spot is between Bonnafon, Gardner, Bolin, and Ferguson. The early edge seems to be in the favor of Bonnafon given his age, experience, and athleticism. The O-line returns just two starters and this unit will get tested right out of the gate by Auburn. With many top receivers moving on the ground game will likely be leaned on more in 2015. The starting RB will be Brandon Radcliff and he’ll be backed up by Scott and Smith. The WR position will be a work in progress with the coaching staff hoping to get more out of former top recruit James Quick.

The defense was leaned on heavily last season before the final two games where they were gashed by Kentucky and Georgia. Louisville still was one of the top teams in the nation on defense last season and they’ll try to replace 7 starters coming into 2015. The D-line will be a strength with solid depth returning along with the addition of Devonte Fields who was the Big 12 POY at TCU. LB should also be steady with former highly recruited players Burgess, Kelsey, and Brown leading the unit. The secondary is a work in progress, but the team is hopeful they can build a solid unit around Josh Harvey-Clemons who’s a future NFL prospect at safety.

Prediction: Most teams would be worried about only having 9 starters back, but head coach Bobby Petrino thinks this year’s squad can be just as good, if not better than the 2014 team. There should at the very least be more continuity in the fact that the same system will be in place for the second straight year. We’ll get an idea right out of the gate how good this team is as they take on Auburn at a neutral site. Anything short of a higher end bowl game would be considered disappointing for Petrino.