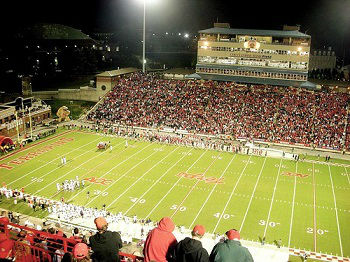 Preview: Maryland showed tangible progress under head coach Randy Edsall last season as they reached a bowl game in their first season as a member of the Big Ten. The Terps however closed out their season in disappointing fashion losing at home to Rutgers followed by a 21-45 bowl loss coming against Stanford. Maryland will have a tough time reaching a bowl game this season given they have to replace 11 starters, including their starting QB, paired with the fact that they have a very tough schedule.

Maryland will look to replace former starting QB C.J. Brown with either veteran Caleb Rowe or Oklahoma State transfer Daxx Garman. Rowe has dealt with knees injuries during his career which will likely limit his mobility when compared to what Brown brought to the table. Whoever starts at QB will be working behind a capable offensive line that has the size needed to compete in the Big Ten East division. The RB position returns experience with Ross and Brown back in the fold, while WR is also set with returning talents Jacobs and Winfree.

There has been a lot of turnover on the defensive side of the ball and that starts with new DC Keith Dubzinski who’ll take over for Brian Stewart. Almost the entire defensive front 7 need to be replaced including everyone along the D-line. The defensive front will look to build around unproven guys like Ngaouke on the outside and previously injured Jefferson will move to the inside. The LB position will look to build around Logan and Carter who’ve shown promise thus far. The secondary will be the strength of the defense will guys like Likely and Davis ready to excel in the man-to-man.

Prediction: Maryland has a lot of pieces to replace and with going against a tough schedule in 2015 it would be a considered a success if the Terps were able to get back to bowl eligibility. The loss of QB C.J. Brown could be minimized with either Rowe or Garman having the ability to play at least at a replacement level. Going through the grind of the Big Ten conference could wear this group down much like it did towards the end of last season.