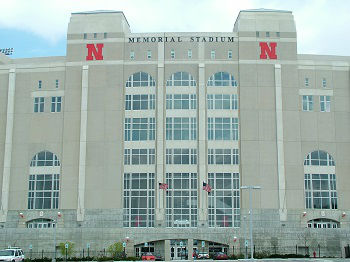 Preview: Even though Bo Pelini brought consistent winning to Nebraska, the program felt like it needed to make a change from their fiery head coach. Insert former Oregon State head coach Mike Riley who’s about as far from Pelini personality wise as one can get. It’s yet to be seen if Riley can produce the same kind of results as Pelini, but the program needed a breather after dealing with the hot headed Pelini for many years. Luckily for Riley the team returns enough talent to remain a threat in the weaker Big Ten West.

The offense will bring in Mike Riley’s pro-style approach and that doesn’t feel like the best for incumbent QB Tommy Armstrong Jr. Riley will look to turn the athletic Armstrong into more of a pocket passer, but this seems to work against the strength of a QB that has the body to put up serious yardage on the ground. Look for Armstrong to still pick up a lot of first downs with his legs on broken plays in 2015. Nebraska returns just 2 guys on the O-line and the unit will build around tackle Alex Lewis. The RB position is up for grabs after Ameer Abdullah moved on to the NFL. Look for Newby and Cross to compete for carries. The receiving corps will be featuring Pierson and Westerkamp.

The defensive players are looking forward to having more freedom in Mark Banker’s system. The D-line looks stout in the middle with returning starters Collins and Valentine leading the unit. The LB corps will look to work in some young new faces as the unit builds around guys like Banderas and Rose-Ivey. The secondary returns 2 starters and this unit will also have some new young guys to work around players like Cockrell, Breyson, Gerry, and Davie.

Prediction: Nebraska won 9 or more games in all 7 years that Pelini was the head man and that’s a tough reputation for new head coach Mike Riley to live up to. It should be interesting to see how the change at head coach goes over the coming years and how the fan base treats Riley in comparison to Pelini if the team doesn’t win the Big Ten West on a consistent basis. We’ll get an idea of where this team stands right out of the gate as they take on a tricky BYU opponent in week one. Nebraska will also play a tough road game against Miami in week three. Anything short of 9-10 wins will be considered a failure for Mike Riley’s first season in Nebraska.